You know we like to explore Shilajit from every side possible. And while the scientifical part is covered quite thoroughly, we left something out. The alternative part. Yes, even though we always emphasize how important it is to understand Shilajit through modern methods, the background is still as important. Why?

Well, even though a thousand years ago we didn’t know about vitamin C, B, D, amino acids, minerals, and such, people knew something was special about Shilajit. It popped out in different cultures worldwide, yet it got the same reputation everywhere. Not much was needed to notice the rejuvenating effect it gave you, thus ensuring its usage in “alternative medicine.” However, it is most notable in its use in the so-called Ayurveda.

As you can see, it was an essential part of many cultures over many centuries and significantly impacted everyday life. And that is worth learning about, don’t you think?

WHAT DOES RASAYANA HAVE TO DO WITH AYURVEDA?

In its essence, Rasayana therapy is a part of preventive Ayurvedic healthcare. It is believed that it helps to delay the process of aging and thus helps us live longer with good strength and immunity. The rasayana word comprises two parts: ‘ Rasa’ and ‘Ayana’. The meaning of Rasa is nutrient fluid, while ‘Ayana’ means a way. Thus, Ayurveda Rasayana’s defense mechanism stresses making the inner body powerful and prohibits bacteria from invading.

Rasayana is defined as those medicines which include good tonics, rejuvenates, immune stimulators, and adaptogens. They are mostly polyherbal in composition and are comprised of medicinal plants, minerals, pearls, and coral. Regular consumption of these drugs is considered to enhance physical strength, increase sex drive, and improve complexion.

Rasayana essentially means nutrition at all levels, from macro to micro-cellular levels. 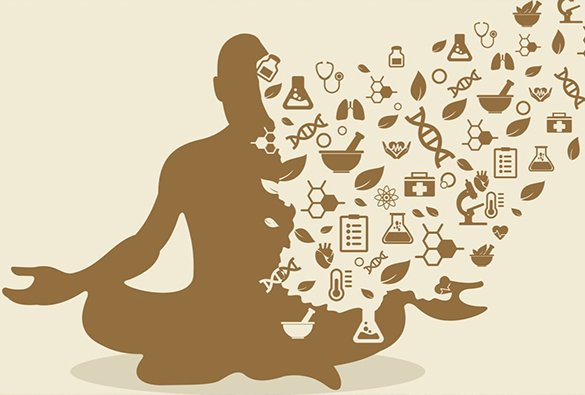 Rasayana therapy replenishes the body’s vital fluids; boosts the Ojas (vital force of life) and the immune system, thus keeping away from diseases and preventing against ill effects of advanced age. The Rasayana drugs are mainly classified as Kamya Rasayana (for promotion of health of individuals) and Naimittika Rasayana( for the cure of diseases).

WHAT IS THE ROLE OF SHILAJIT HERE?

As we mentioned earlier, Shilajit has strong ties with Ayurveda. In fact, it has been considered a panacea by some. So, let’s take a look at what it represents in Ayurveda.

Shilajit includes four of the six Ayurvedic tastes—pungent, bitter, salty, and astringent—and carries an intense, heating energy, or virya. While it is considered balancing for all three doshas of vata, pitta, and kapha, its gentle heating nature can aggravate pitta if used in excess.

Shilajit has an affinity for the mutra vaha srota (urinary system), where it helps to clear the stagnation of kapha, tone vata, and stimulate the flow of apana vayu through the pelvic region. It also strengthens the kidneys, a vital part of the urinary system.

Shilajit also has a powerful effect on the medas dhatu (fat tissue) and the ambuvaha srotas (the channels of water) throughout the body, helping to regulate healthy weight and maintain well-balanced blood sugar levels in the normal range.

In the reproductive system (shukra dhatu), shilajit is renowned for supporting the health and function of the ovaries and testes. As a Rasayana, it has a nourishing and replenishing quality that benefits the tissues of the entire reproductive system, protecting them from excess vata, premature degeneration, and general weakness.

On a broader scale, shilajit supports the natural cleansing of any accumulated stagnation or toxicity, while also building and rejuvenating healthy tissues throughout the body. These actions, it is a powerful ally for balancing all three doshas.

Traditionally, shilajit is known as yoga vahi—which means “joining carrier”—because of its ability to carry and drive nutrients deep into the body so they can work most effectively. As a yoga vahi, shilajit can be taken with other herbs and supplements to enhance their effectiveness. (Ayurveda College)

Of course, in modern times, we know that many of these effects are confirmed and backed by science, making it even more exciting, People knew that Shilajit was something special over 3000 years ago, yet it is starting to get just as popular (if not more) in modern times. Why? Because more and more people are realizing that nature always had and always will contain everything we need.

On the right, you can see Shilajit oozing out of the mountainside somewhere in Altai. Magnificent, isn’t it?

Ayurveda and Rasayana are incredibly fascinating and complex topics that should not be ignored despite modern research. If anything, they are to be explored and built upon with new, improved knowledge.

Drop us a comment below on what you think! 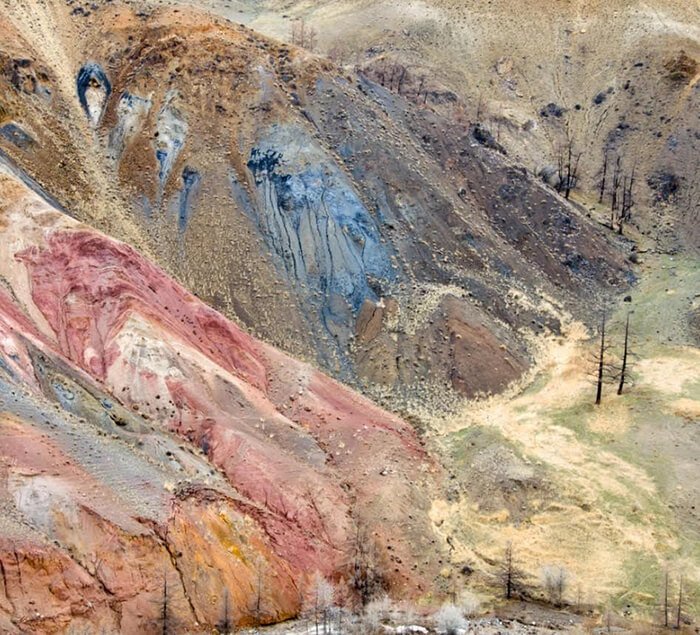