Dear readers welcome to another blog about Shilajit. We realize that we explored its beneficial ingredients A LOT over the past few weeks, but the fact remains that there is much more that we can learn about Shilajit. As we look over our most recent laboratory tests, we notice that there are still several important things that we missed. After all, if we want to understand Shilajit, we have to use a more scientific approach. That is why glutamic acid coughs our attention this time. It is quite abundant in Shilajit and possesses a vast array of interesting effects on our health. So, want to learn something new? Let’s get to it. 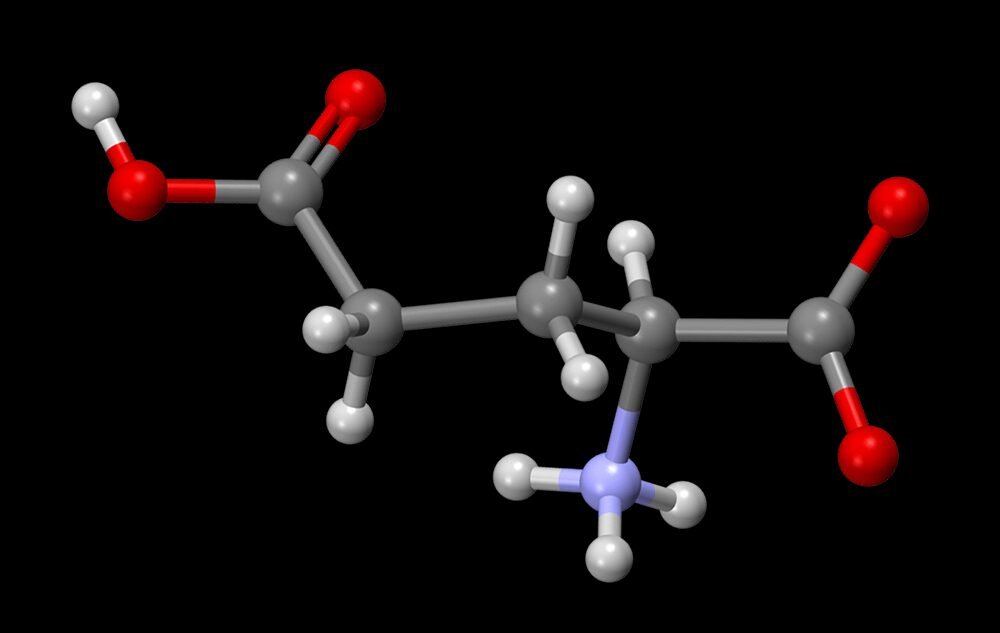 WHAT IS GLUTAMIC ACID?

Simply put, it is an amino acid. In essence, they’re building blocks of proteins and play many critical roles in your body.

When we eat proteins, they are broken down into smaller parts in the stomach with the help of stomach acid. These smaller parts are called amino acids. The body then incorporates them into its cells and we could say that amino acids are an integral part of every cell. How important amino acids are is told by the fact that the cell membrane is made up of 75% fat and 25% protein and if we lack protein, the body cannot form new cells, it cannot regenerate, and as a result, our immune system drops. Amino acids make up nails, hair, skin, as well as hormones. In addition, amino acids are involved in the transport of nutrients throughout the body and are an integral part of hemoglobin. They affect the acid-base balance in the blood and represent a source of energy.

So…what role does glutamic acid play in our system?

In addition to being one of the building blocks in protein synthesis, it is the most widespread neurotransmitter in brain function, as an excitatory neurotransmitter and as a precursor for the synthesis of GABA in GABAergic neurons. Glutamate activates both ionotropic and metabotropic glutamate receptors. The ionotropic ones being non-NMDA (AMPA and kainate) and NMDA  receptors. Free glutamic acid cannot cross the blood-brain barrier in appreciable quantities; instead, it is converted into L-glutamine, which the brain uses for fuel and protein synthesis. It is conjectured that glutamate is involved in cognitive functions like learning and memory in the brain. In addition, glutamate plays important role in the regulation of growth cones and synaptogenesis during brain development. it also participates in the treatment of ulcers, eliminates general fatigue, controls alcoholism, schizophrenia, and sugar cravings.