5 REASONS WHY WE LOVE KOMBUCHA

We love this drink. This lovely fizzy drink that is literary full of life has been used for a millennium. Kombucha is a fermented tea that has been consumed for thousands of years. Kombucha is thought to have originated in China, where the drink is traditional. By the early 20th century, it had spread to Russia, then Germany, and other parts of Eastern Europe. Kombucha is now homebrewed globally and also bottled and sold commercially. It has the same health benefits as tea, but it’s also rich in beneficial probiotics. Sometimes the beverage is called kombucha tea to distinguish it from the culture of bacteria and yeast. Juice, spices, fruit, or other flavorings are often added. Kombucha also contains antioxidants, can kill harmful bacteria, and may help fight several diseases. Based on scientific evidence, here are the top 5 health benefits of kombucha. 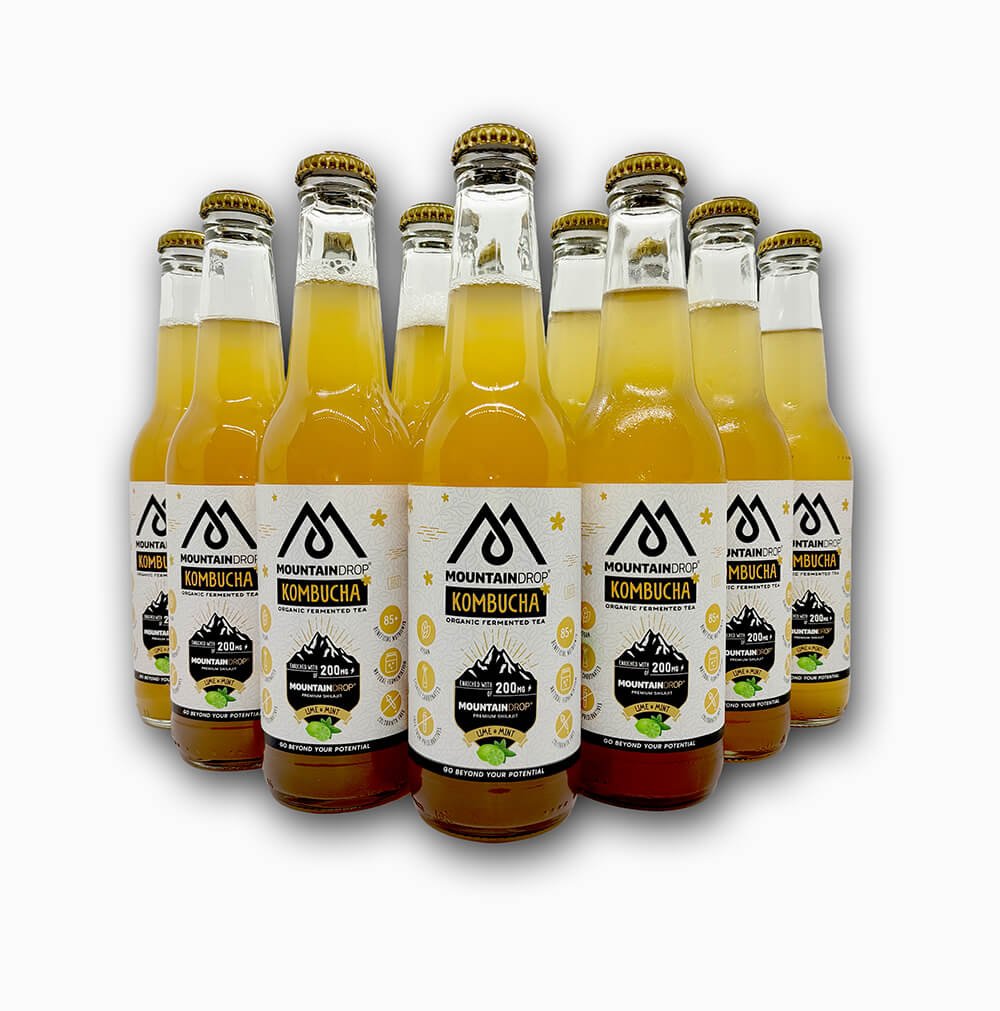 1. IT IS A GOOD SOURCE OF ANTIOXIDANTS

Antioxidants are substances that can prevent or slow damage to cells caused by free radicals, unstable molecules that the body produces as a reaction to environmental and other pressures. They are sometimes called “free-radical scavengers.” Free radicals are waste substances produced by cells as the body processes food and reacts to the environment. If the body cannot efficiently process and remove free radicals, oxidative stress can result. This can harm cells and body function. Kombucha, especially when made with green tea, appears to have antioxidant effects on your liver. Rat studies consistently find that drinking kombucha regularly reduces liver toxicity caused by toxic chemicals, in some cases by at least 70%

2. KOMBUCHA IS VERY GOOD FOR OUR GUT HEALTH

Fermented foods such as yogurts, sauerkraut, and kefir all contain live microorganisms. As kombucha is the product of fermentation, a number of probiotic microbes are produced. At specific concentrations, these probiotic bacteria can help balance bacteria levels in the gut and improve digestion. However, to date, there have not been enough studies to confirm whether kombucha contains adequate amounts of these beneficial bacteria to be deemed an effective probiotic. Furthermore, amounts and strains of probiotic microbes will vary depending on differing factors, including how the kombucha is made and its fermentation time. Nonetheless, it shows much promise, and we’re sure it could work as a decent probiotic.

Since it is based on green tea, it brings many positive effects to the table. For starters, green tea may help boost brain function, not as much as coffee, but enough to produce a response without causing the jittery effects associated with taking in too much caffeine. It also contains the amino acid L-theanine, which can cross the blood-brain barrier. L-theanine increases the activity of the inhibitory neurotransmitter GABA, which has anti-anxiety effects. It also increases dopamine and the production of alpha waves in the brain.
On top of that, according to research, green tea can increase fat burning and boost metabolic rate. In one study involving 10 healthy men, taking green tea extract increased the number of calories burned by 4%. In another involving 12 healthy men, green tea extract increased fat oxidation by 17%, compared with those taking a placebo. There is also some decent evidence of preventing cardiovascular disease, but we’ll leave that for another time.

Kombucha made from black or green tea appears to have strong antibacterial properties, particularly against infection-causing bacteria and Candida yeasts. This is largely due to acetic acid, which is one of the products of fermentation. Like the polyphenols in tea, acetic acid can kill many potentially harmful microorganisms. These antimicrobial effects suppress the growth of undesirable bacteria and yeasts, but they do not affect the beneficial, probiotic bacteria and yeasts involved in kombucha fermentation.

As a potential source of probiotics, one purported health benefit of kombucha is its ability to balance good bacteria in the gut and relieve some gastrointestinal issues. A study published in April 2014 in Food Microbiology examined the microbial components of kombucha and identified a “prominent lactobacillus population” in the drink. Lactobacillus is a common type of probiotic, so it’s plausible that kombucha may stabilize the digestive tract and help prevent infections and inflammation. And if so, drinking kombucha might improve irritable bowel syndrome, inflammatory bowel diseases, bloating, and constipation.
So, good for your health and gut, it proves once again why it’s been used for human consumption since ancient times. Now is the perfect chance if you ever want to try what this magical bubbly drink tastes like. 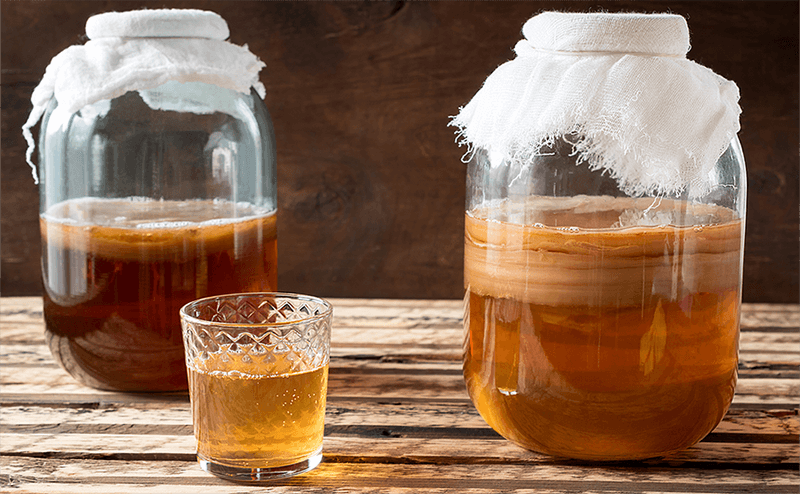 All of the flavors in Mountaindrop Kombucha come from organic pieces of mint and lime. It is lightly carbonated, preservatives-free, and comes in an easy to open glass bottle. Give it a try. You will not be disappointed.